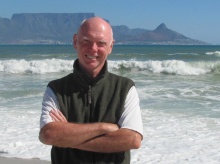 In this biznews.com piece on January 30, leading South African academic Jonathan Jansen laments the “destruction” of the University of Cape Town.

On January 12th Barry was at the Tesla factory in Fremont, CA. See tweet video.

As Trump comes in and TPP dead, trade is at a crossroads.Read my piece on marketwatch.com.

Give President Obama credit, he promoted needed reconciliation with Vietnam and Cuba. Read my December 27 column on marketwatch.com

Is there a message for South Africa’s ruling party from Donald Trump’s victory in the United States? Read Barry’s November 30th piece from biznews.com.

Click here to read Barry’s recent marketwatch.com piece on the Tesla Motor Company that includes a video report from the gigafactory near Reno, Nevada.

Barry D. Wood is the International Economics Correspondent for RTHK in Hong Kong. Based in Washington, he contributes to USA Today, Marketwatch.com, and Moneyweb in South Africa.