Of course, it is the white sails of the roof that make the Sydney Opera House great. On a cloudless day they form a glorious contrast to the sky and the deeper blue of the water. From air, sea or land they direct the eye to the sliver of land near the harbor bridge with the vibrant city behind.

(all photos, Sydney and LA, by Barry D. Wood)

The iconic opera house is no longer just an Australian treasure, it is hailed by architects worldwide as one of the greatest buildings of the 20th century.

From an airplane window

The hidden beauty of the Disney is inside where curves, ramps, and textured walls flow gracefully above blond flooring. The irregular space with nooks, crannies, cushioned benches and alcove seats is inviting, even captivating. Concert goers venture outside to a plaza on the western side greeted by lush greenery, palm trees, winding paths, and benches that invite pause and reflection. 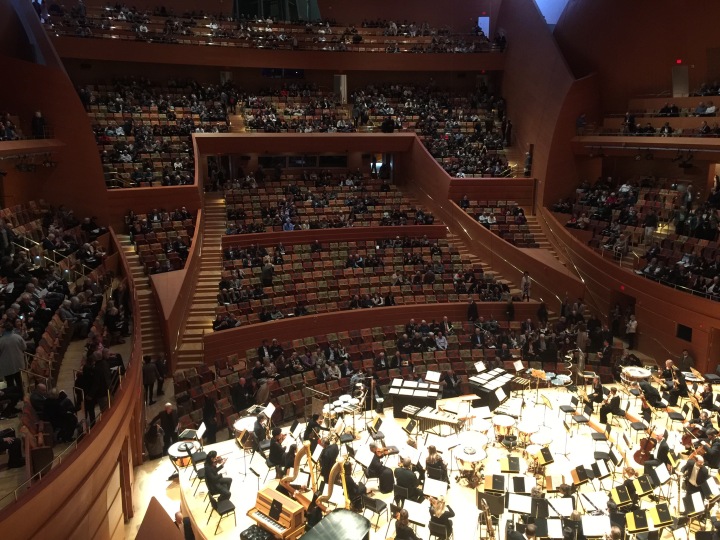 The principal performance venue has four and in places five levels of seating. There are defined sections with varying characteristics. The space feels curiously democratic with first-time visitors being unsure of where the best seats are. Surveying the tableau from behind the orchestra I was enveloped within a beautiful space. 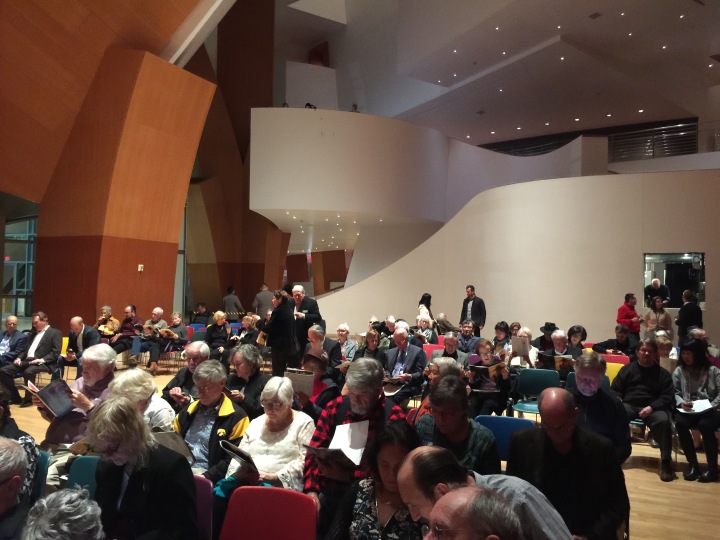 A side hall, a pre-concert talk

The same side hall

Amazingly, 32 years separate the prize-winning designs of the two structures. Jorn Utzon won Sydney’s competition in 1956 but soon had a rancorous falling out with city fathers. He was dismissed from the project and not invited to its 1973 dedication.

Gehry, who won the Los Angeles competition in 1988, is an admirer of Utzon’s masterpiece, which he calls “a building well ahead of its time, far ahead of available technology.” He credits Utzon with persevering “through extraordinarily malicious publicity.”

Like with Sydney there were delays and recriminations before the Walt Disney Concert Hall opened in 2003. At once it was hailed as a masterpiece.  Respected architecture critic Paul Goldberger calls the Disney “the finest public building in America.”  Goldberger is the author of a recent biography of Gehry.

The late Ada Louise Huxtable, the most notable architecture critic of her generation, was a fan of both buildings, calling them “masterworks of their time.” 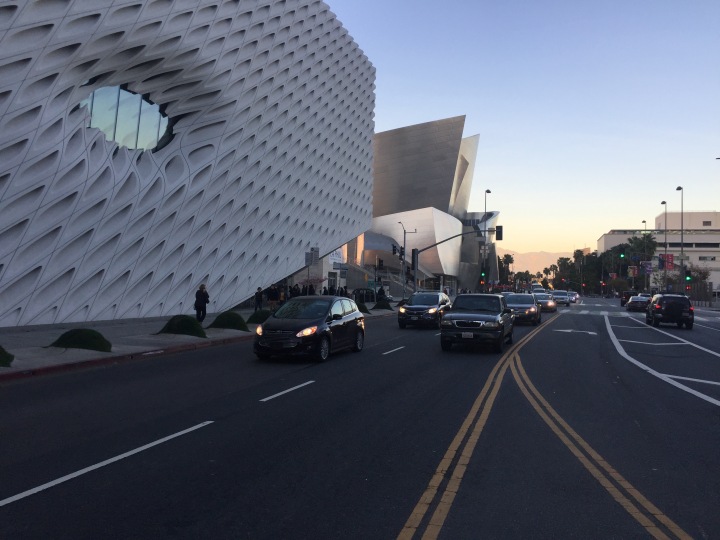